On perhaps the website of the week, thelastrhodesian.com, confessed murderer Dylann Roof posted several photographs of himself at well-known antebellum plantation and African-American heritage sites in South Carolina alongside a rambling essay rationalizing his motive. Although Roof may have dropped out of high school, his education in history continued to be a self-guided journey, eventually becoming a paranoid, misconstrued interpretation of over four centuries of state-sanctioned enslavement and oppression, leading to a rage-filled tragedy. Considering the meaning of material things, Roof’s interest in history extended to his particular racist aesthetic where white supremacist symbolism ranged from the widely understood to the arcane. On the day of the murders, Roof wore a long-sleeved t-shirt with a “Border Patrol” label. In recent years, this unofficial adoption of the U.S. Border Patrol by armed “militia” members along the country’s border with Mexico has become associated with a racist movement to push “Mexicans,” meaning all Hispanics, out of the country. Other photos of the man on Facebook and his website show him pictured with the Confederate flag, the “stars and bars.” While some whites flying the flag insist that this symbol represents cultural heritage or even an appreciation of history, many more African Americans and other minorities (and a growing number of whites) experience disgust, fear, and anger over its public display. 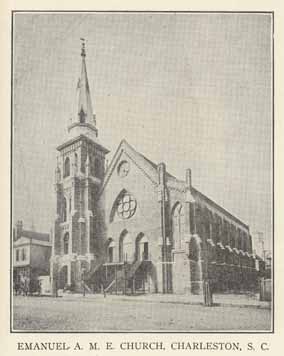 Roof’s flair for racist material culture, however, extended into much more dangerous territory when it included more esoteric symbols associated with radical groups on the fringes of society. Photos on his website depict the number “88,” both on a t-shirt and written in each sand, a number used to symbolize an affinity for Hitler. He may have even intentionally capped his Facebook friends at 88 individuals, a rather clever way of showing his dedication to these racist ideals. The heaviest example, however, came from his Facebook profile photo, which depicted Roof in a jacket with flag patches of the former republic of Rhodesia (now Zimbabwe) and apartheid-era South Africa. These symbols show the multiple meaning of things and how sometimes these hateful icons can hide in plain sight. The choice of these two flags, setting aside the more widely understood controversy surround the Confederate flag, represent a more carefully curated racism meant for only a few sympathetic individuals to understand. Many Americans are still on the fence about the collective implications of continuing to fly the Confederate flag in private and public contexts. The examples of the colonial African flags, which were struck down as acceptable symbols in their respective nations, may be the sort of lesson that turns the tide here in the US against, at least, the publically sanctioned display of the flag.

Some facets of this story relate to the establishment and use of white public space, a concept used by sociologists, archaeologists, anthropologists, and historians to describe privileged space or landscapes reserved, implicitly or explicitly, for white enjoyment and expression. A contemporary example, for instance, would be a high-end department store filled with white consumers, where minority consumers experience a higher degree of scrutiny. Examples from history would include traditionally white schools experiencing integration during the 1950s and 1960s. Another historic white public space is the real estate market of northern US cities during the Great Migration, leading eventually to redlining and the establishment of a white-governed black public space. Many well-intentioned scholars argue that most public space in our country is a white space. 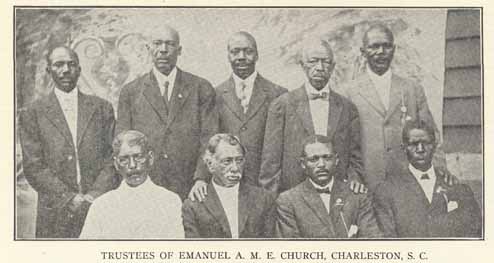 Unfortunately, this concept of white public space can be applied to many heritage sites celebrating local and national history. Historic sites depicting the lives and material culture of the enslaved African Americans of this country provide a unique, firsthand look at the realities of the peculiar institution. But, the realities of white public space establish a set of rules that often become barriers to participating more directly in this heritage, especially by descendant communities. Often there is an admission fee or a long drive, which can be an obstacle for the economically disenfranchised. Site stewards repeatedly remind visitors not to touch anything and discourage unguided tours. For children, public schools often enable these visits. This creates a strange situation where children of color still enveloped in the white public space of school take this restrictive bubble with them to experience another white public space. While this may not be true for all heritage sites, these are much more often than not the norm and standard procedures for many. In any case, well-intentioned gatekeepers operate these heritage sites according to the rules they learn, which provides a framework through which a site is experienced.

Recently, I accompanied my daughter’s second grade class on a field trip to a local antebellum mansion in Athens, GA. The house was historically owned by T.R.R. Cobb, a lawyer and plantation owner who died in Virginia as an enlisted officer during the Peninsular Campaign of the Civil War. As an historic archaeologist interested in enslavement and the African-American experience, I was especially aware of, and interested in learning about, enslavement at the Cobb house. But, during the three hours we spent there touring the house and garden and assembling some arts-and-crafts projects, there was not one oral or visual depiction of an enslaved person or any mention of slavery at all. Similarly, the website for the historic mansion has just one mention of enslavement or similar depictions. A simple search for Cobb on Google later revealed that he had nearly two dozen slaves listed in his will, not to mention the many more enslaved people who walked in and out of his life before he died. The students sat in the exact room where Cobb penned what historians believe was the strongest legal defense of enslavement during the 1850s and the run-up to the Civil War, although no mention was made of it during our visit.

This anecdote demonstrates the unintentional ability of a heritage site to not only affirm white public space, but also to delete a historical black presence. To complicate matters in the interpretation of the site, the mansion was moved from its original location over 50 miles away to Stone Mountain near Atlanta and then back to Athens just a few blocks from where it originally stood. This move and subsequent urban development obliterated historically black spaces typically experienced on an antebellum site, such as the slave quarters, the surrounding fields, and other agricultural structures. While the site curators are undoubtedly well-intentioned and dedicated to education and a welcoming experience, the unwitting erasure of black lives from that landscape not only reinforced white space, but denied the existence of a black one.

For a high school dropout, Roof clearly understood, perhaps unconsciously, that plantation sites commemorating antebellum South Carolina could have multiple meanings. These sites stand as a framework for understanding the past as well as a monument to the Lost Cause, a term used by some to lament the Confederacy’s loss in the Civil War and construct a mythologized rationale for the war. Roof wore his flag jacket in some photos and may have even parked his Hyundai prominently in the parking lot, with the Confederate States of America vanity plate facing out to greet visitors. While he was at any individual site, his display of material culture made that experience for others more unwelcoming and reaffirmed the whiteness of not only that physical space, but also the experience of its history. 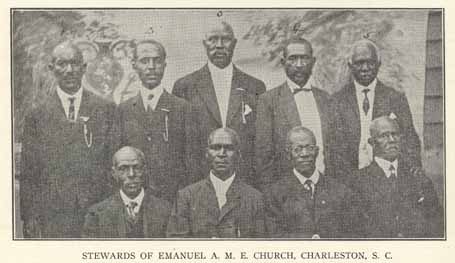 Roof chose a black public space to commit his crime, but he claimed many other heritage sites as white public spaces to establish his argument. While he was in Emanuel AME, he admitted to police that he almost failed to commit the crime, since the parishioners were so nice and welcoming to him. Roof’s choice of the church was an especially astute selection, although it is not clear how aware he was of the historical irony. The church once counted Denmark Vesey among its parishioners and early supporters, who assisted with a planned slave rebellion in 1822 that led to the execution of 35 free and enslaved African Americans, deportation of many others, and a renewed campaign of terrorism and increased state-sanctioned oppression of blacks in Charleston. Throughout history, the church has stood as a symbol of black solidarity, activism, and struggle against oppression. As a nationally recognized historical black space, however, the church constantly defends against the encroachment of white public space, including physical attacks, most notably when during the Civil Rights struggle of the 1960s and a string of arsons at black churches later in the 1990s.

This incredibly sad story is continuing to touch many lives and spark conversations about the nature of racism, both implicit and explicit in our nation. The murder of those nine people in a historic church is prompting renewed conversations about police brutality, gun control, and the meaning of the Confederate flag. The heritage and historic preservation community needs to seize the opportunity to promote discussion about white public space and black heritage, especially in locations, both north and south of the Mason-Dixon line, where enslavement was such an enabling force in the creation of the built and natural landscapes we celebrate. Historic preservation and site stewardship is a tiring profession, facing difficulties like unsteady funding, ongoing decay of the physical fabric of a site, and understaffing. But many practitioners are dedicated to meeting those challenges in order to provide access to history directly to their constituents. By broadening our perspective and engaging in a more reflexive critique of the message expressed explicitly and implicitly at heritage sites, perhaps we can provide a more inclusive view of history. A more welcoming atmosphere for all not only enriches the experience of historic sites; it pushes back the boundaries, however incrementally, of white public space.